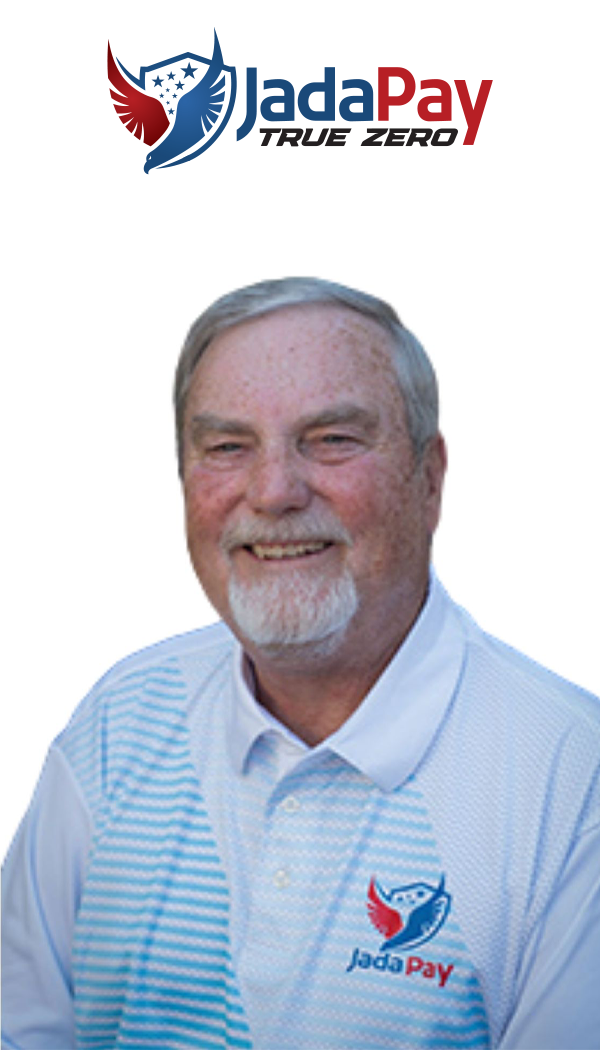 Jerry was born and still resides in Evansville, Indiana. He attended Central High Scholl where he played basketball and baseball. One highlight of his young career was being invited to try out for the Detroit Tigers. He attended Murray State University. He was drafted into the US Army where he trained in Armor at Ft. Knox in Kentucky and Ft. Hood in Texas. He was deployed to South Vietnam as a tank commander and supported both the Army and Marine combat units. While in Vietnam, he was wounded on several occasions and was awarded the Purple Heart.

For fun, he enjoys playing golf and being around his family which consists of his wife of 43 years Betsey, 2 daughters Kari and Sara along with their husbands Matt and Adam, and his 3 grandchildren, Ella, Haydin and Hudson.

The most gratifying part of Team JadaPay is showing business owners they can honestly save a considerable amount of time and money using JadaPay Card Processing.